If the enthusiasm that was displayed by members of the Woodmen of the World lodge can be maintained, Craig will have one of the fastest, most competent and finest volunteer firefighting teams in Northwestern Colorado.
- (Craig Empire, April 26, 1916)

And so, the Craig Fire Department was born.

Thomas W. Rogers was appointed the first fire chief, and with $723.08 he bought the first firefighting equipment: 1,000 feet of 2 1/2 inch fire hose and two fully equipped hose carts. Chief Rogers was authorized to work on the formation and drilling of a fire department that could meet the requirements of the underwriters.  One of the hose carts was mounted with a large soda and acid chemical tank. The cart had to be pulled by hand most of the time.  Two long ropes were attached to either side and six sticks were run through them a so the 6 to 12 men could pull it.  If a horse could be found, it was used.
During world war one, so many firemen went to fight that the fire department was disbanded.  After the war a new department was organized and Alva Mann became chief. In 1921, a model T truck replaced the carts and in 1924, a Chevrolet 1 1/2 ton truck was put into use.
In 1927 the department became a member of the Colorado State Firemen's Association. The association covered all fire departments under certain regulations for pension and disability insurance. In 1939 the fireman's ball made its debut.  The ball was designed to raise money to buy a new truck and to create an emergency fund.  It took two years to raise $1000. With the money the firemen purchased by dodge truck chassis and the town equipped it with a 500 gallon per minute pump.
In 1950 the department was limited to 15 men and they were paid $2.00 per call. There was also a limit set by the underwriters of the insurance companies on how far the fire department will respond. The boundaries were: west to Signal Hill, south to the railroad tracks, east to the city limits, and north to the 1300 block. The fire department was under a lot of criticism for not responding to fire out of the city limits.
To stop the criticism, in 1951, 21 taxpayers signed a petition to form the Craig Rural Fire Protection District. The district's goal was to provide fire protection to the taxpayers in the district; and $16,500 was budgeted for firefighting equipment. The city furnished the lots and paid 1/2 the cost to build a fire station. The fire department's share was approximately $5000. The yearly operating expenses including the salaries of firemen, materials and supplies was approximately $5500.
Firefighters moved into the new fire station on November 20, 1953, at the address of the present fire station. A siren tower was constructed with two sirens with different tones; one for the city fires and one for rural fires. Around the same time the pool of firefighters became known as the Craig Rural Fire Department.
In 1994 the name for the firefighters became Craig Fire/Rescue to reflect more closely what our role in the fire district is.
The Craig Rural Fire Protection District taxpayers can be proud of the accomplishments of their fire department. We have upheld the dreams of our forefathers and have been,  one of the fastest, most competent and finest volunteer firefighting Teams in northwestern Colorado.
The fire district is now about 180 square miles. The first fire equipment was $723.08; a fully equipped fire engine that will meet NFPA standards today will cost approximately $450,000.
The fire district started with $16,500; a portion of that being donated by the city.
Whether you have a structure fire, you're trapped in a car, having chest pains, there is a Hazardous Material spill in the middle of Craig, the cat that thinks he is stuck in the tree, or if you have kids stuck halfway up the sand rocks because they thought "the sand rocks didn't look that steep; we are who you call upon.
Craig Fire/Rescue is not a volunteer fire department and has not been since 1950, when firefighters were paid $2.00 per call. We are considered a "paid per call" department. There is no full-time firefighting staff at Craig Fire/Rescue. All firefighters must be certified through the state of Colorado as either Firefighter I or Firefighter II along with HazMat Operations and Awareness state certifications. The majority of our staff includes firefighters with EMT certifications.  We have certified technicians in a rope rescue, confined space rescue, auto extrication and hazardous materials.
In 2010, Craig Fire/Rescue compiled over of 2500 hours of training and responded to over 300 calls for service. Our fleet currently consists of 13 apparatus used in various capacities including fire, rescue & wildland fire operations and multiple HazMat technician trailers for hazardous material operations.
The annual fire fighters ball is still going strong, with the proceeds dedicated to college scholarships for local high school seniors that are pursuing a career path associated with or related to the emergency service field. We are still members of the Colorado State fire fighters association and have proven our skills in competition, being state champions numerous times. 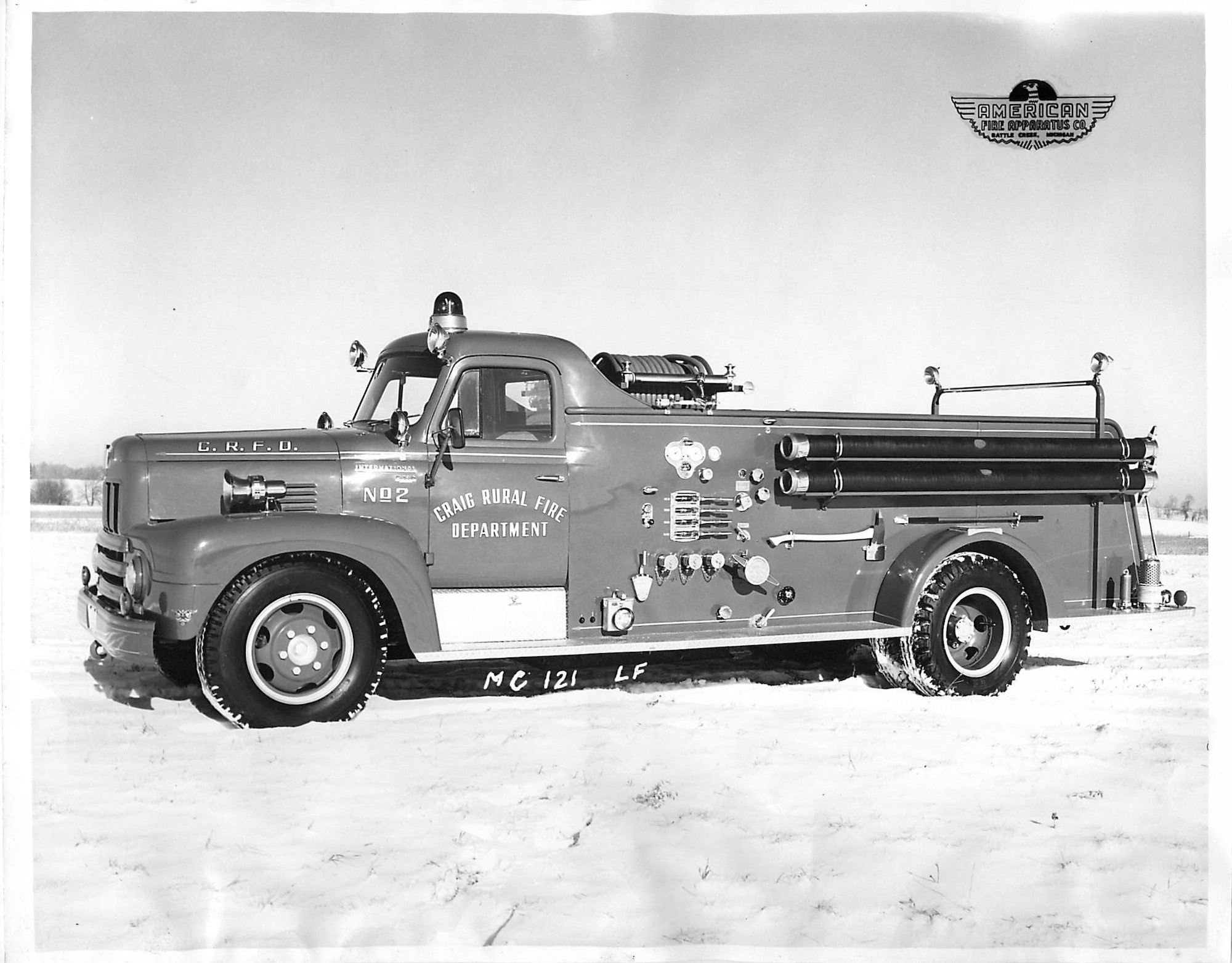 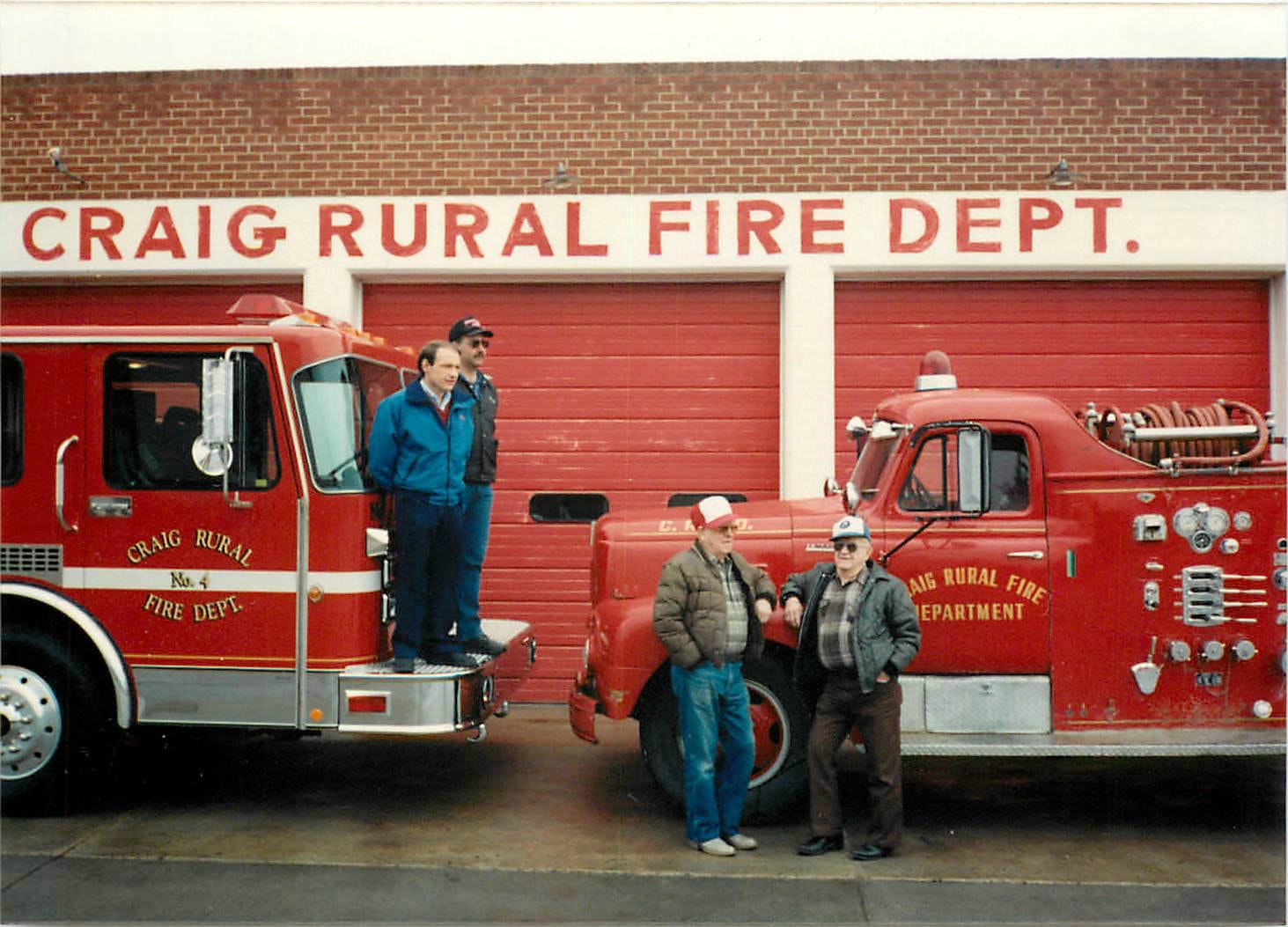 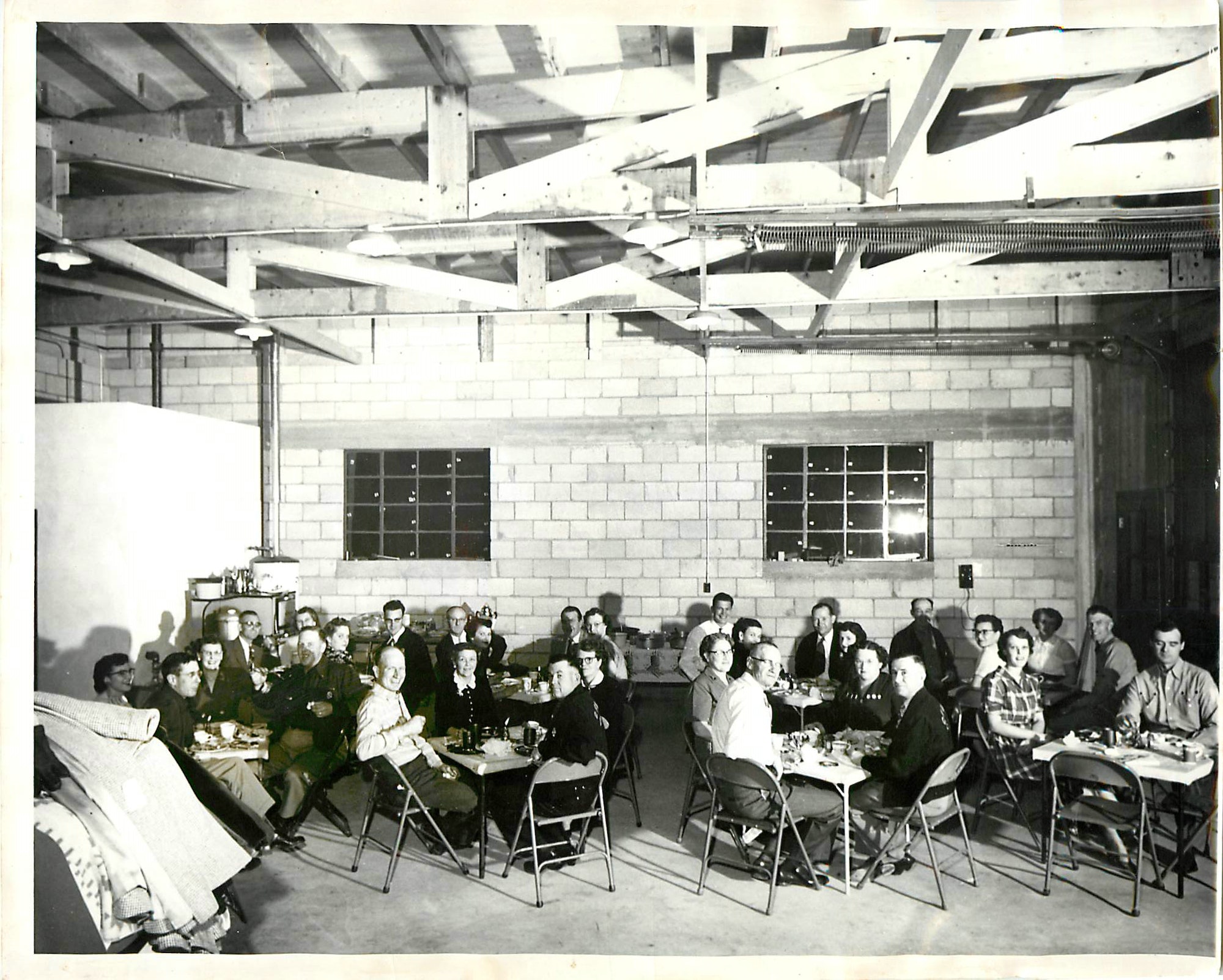 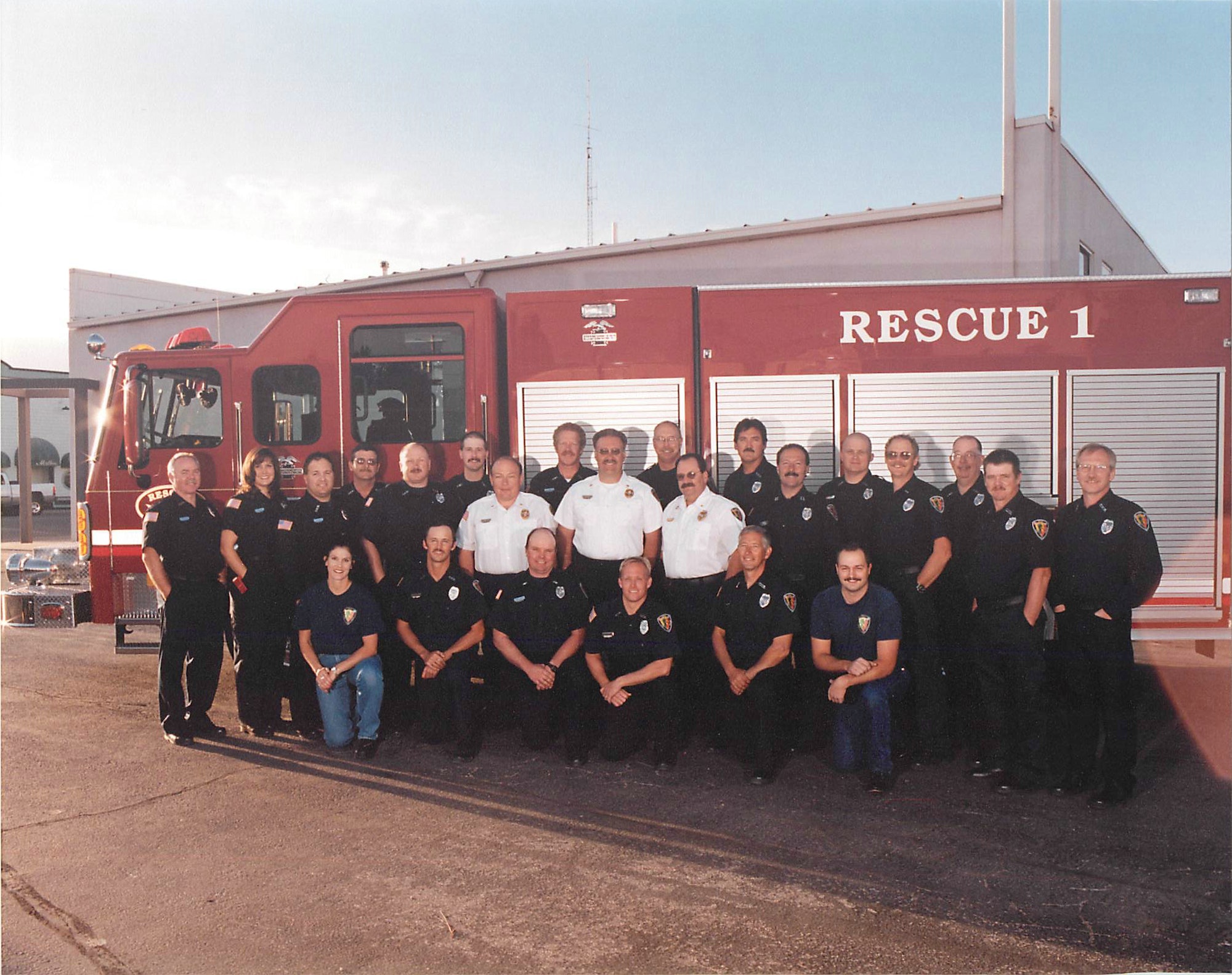 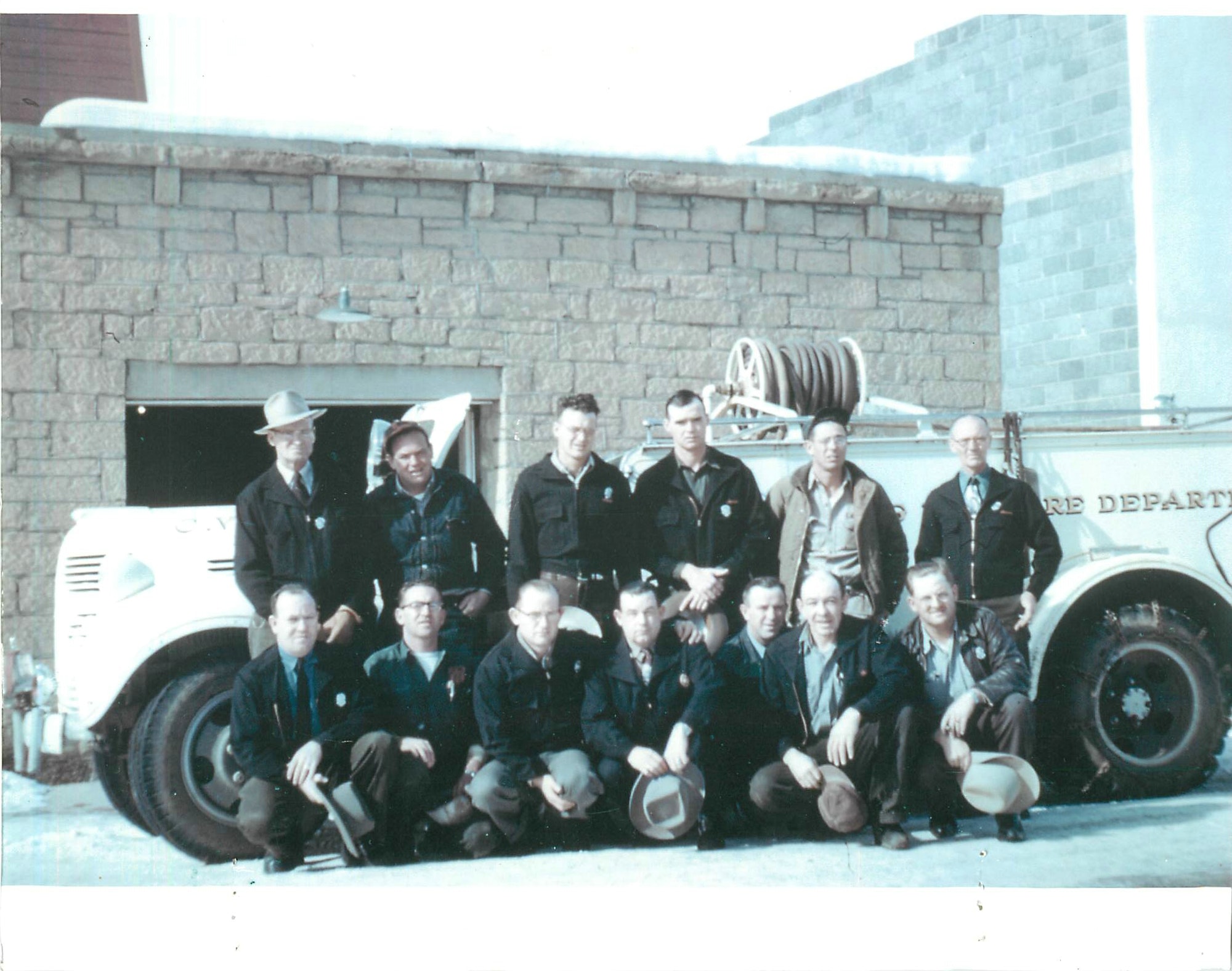 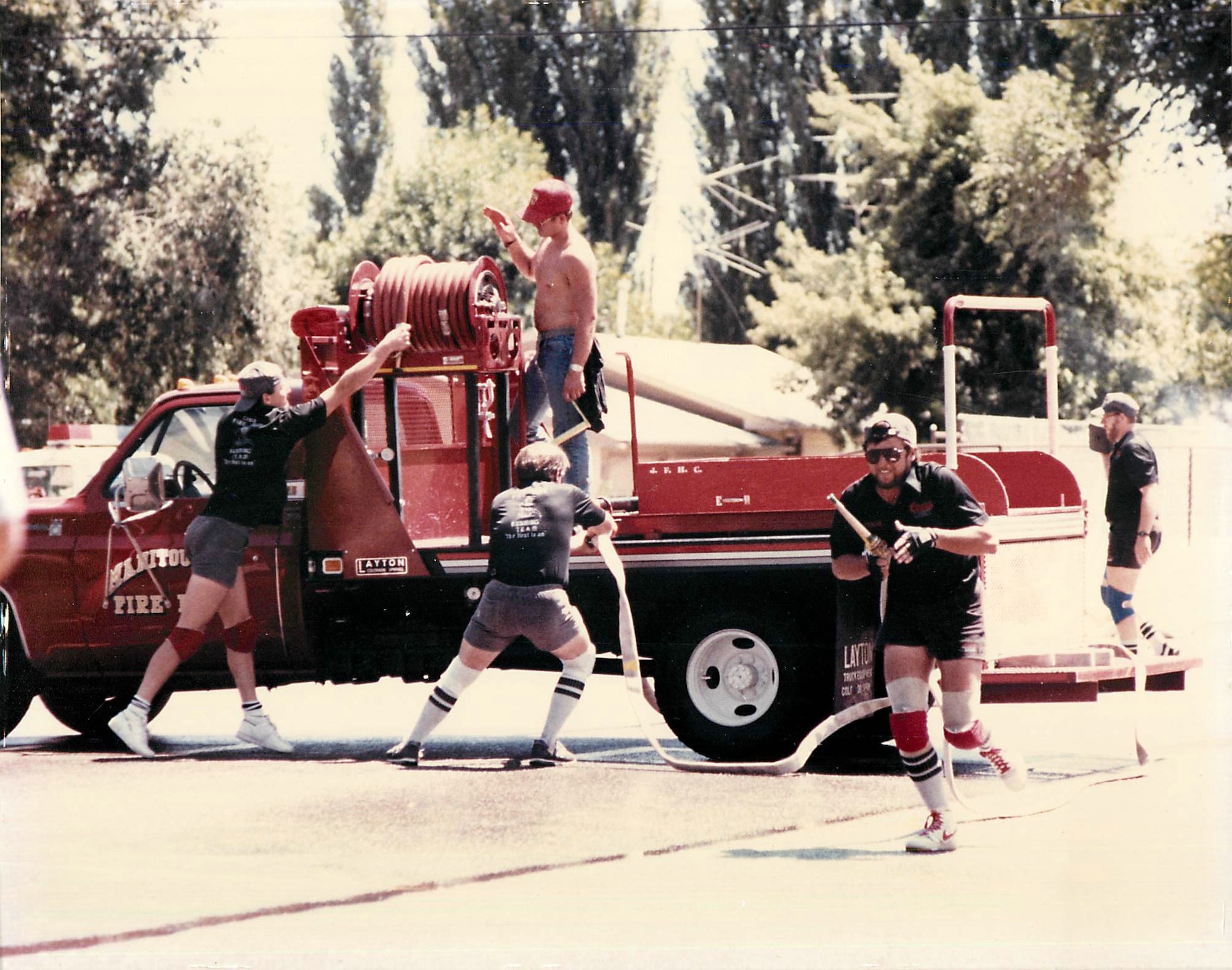 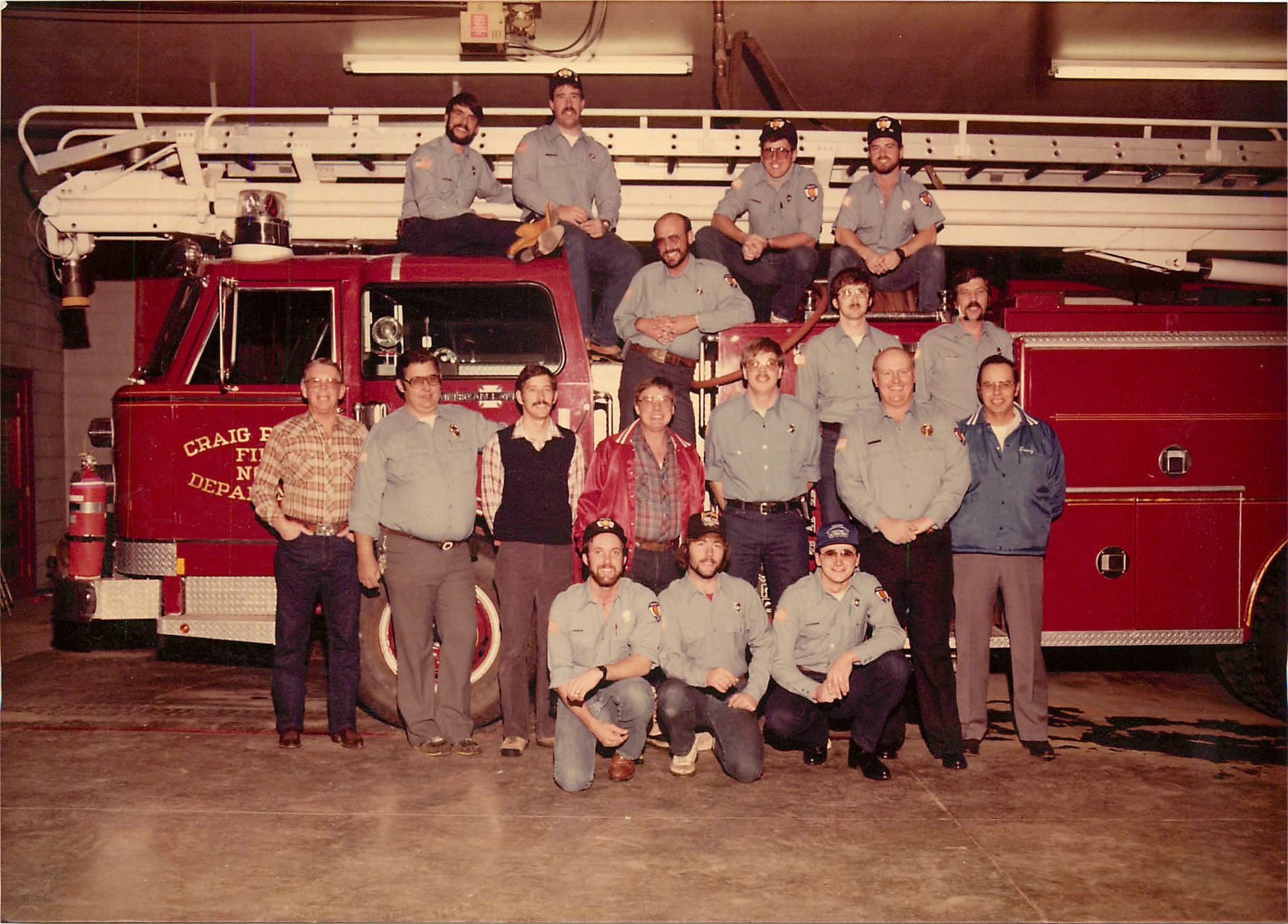 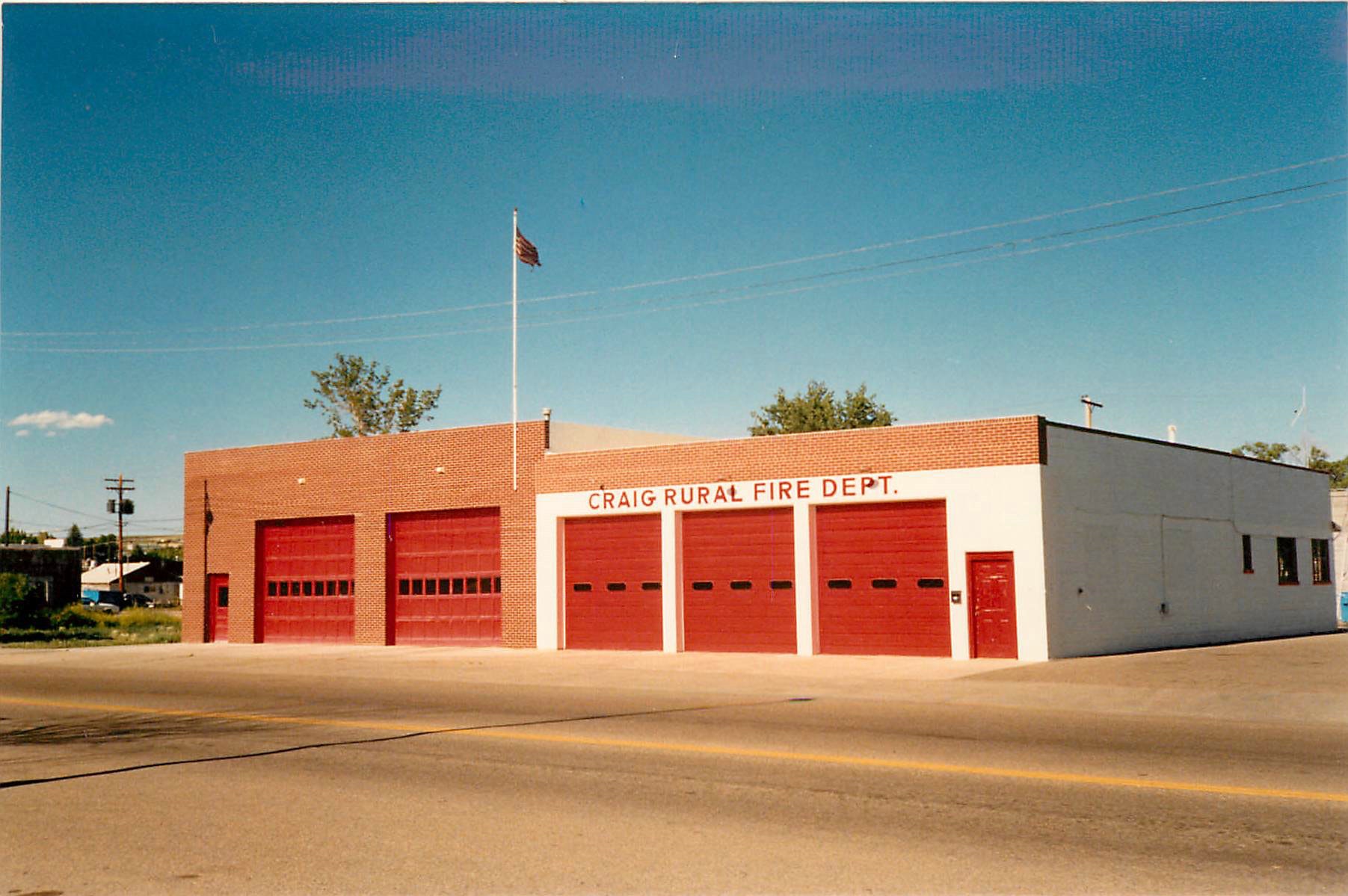 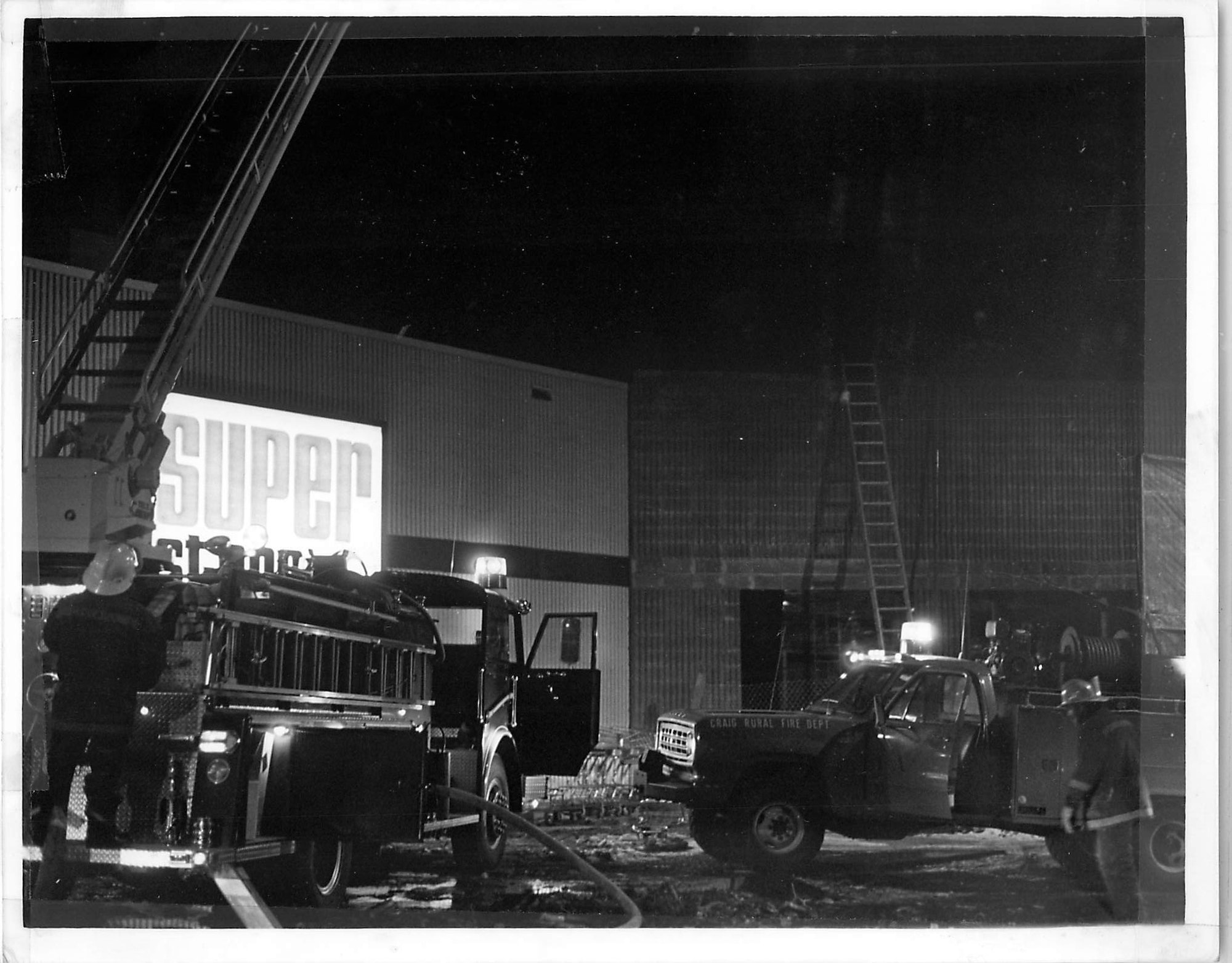 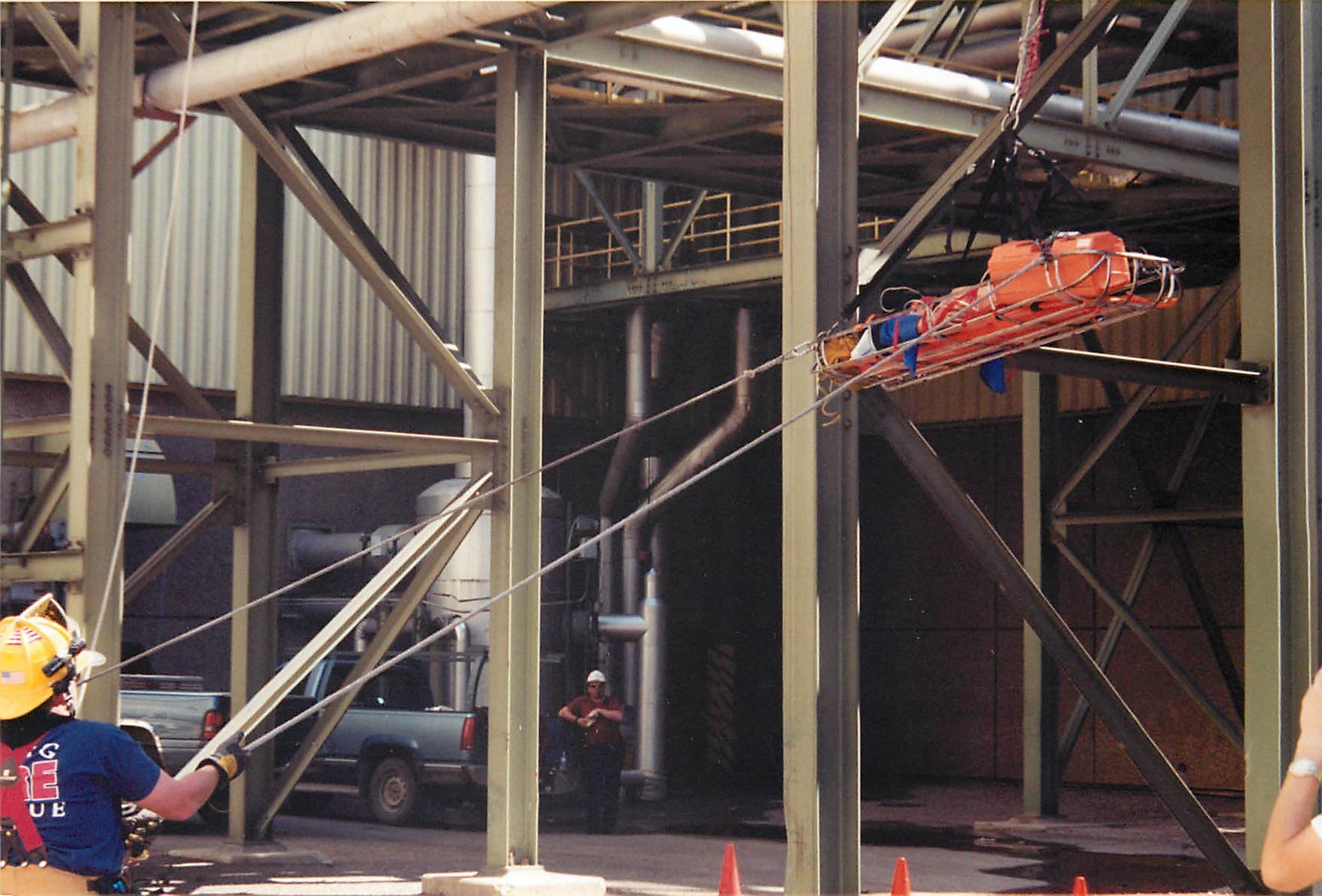 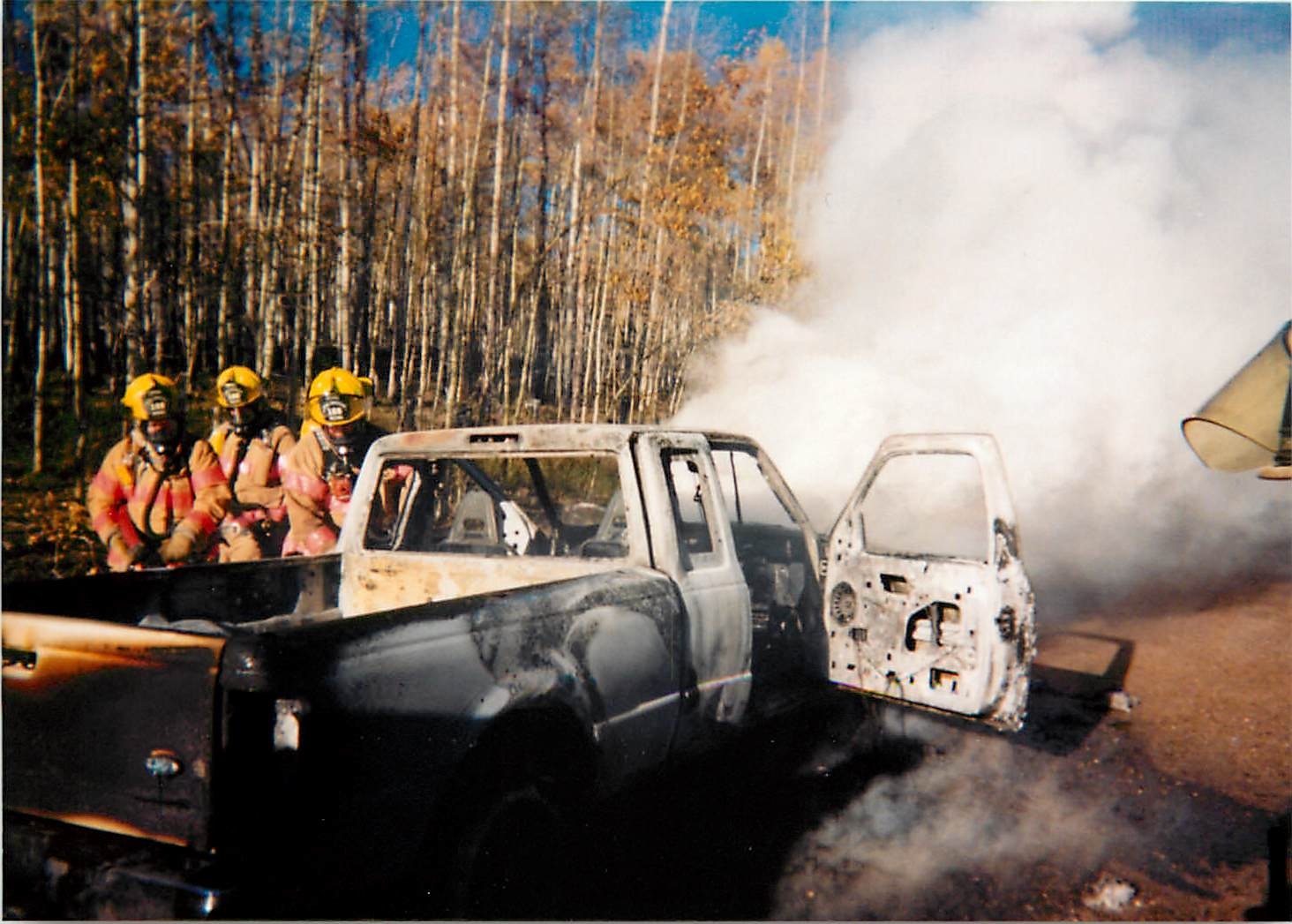 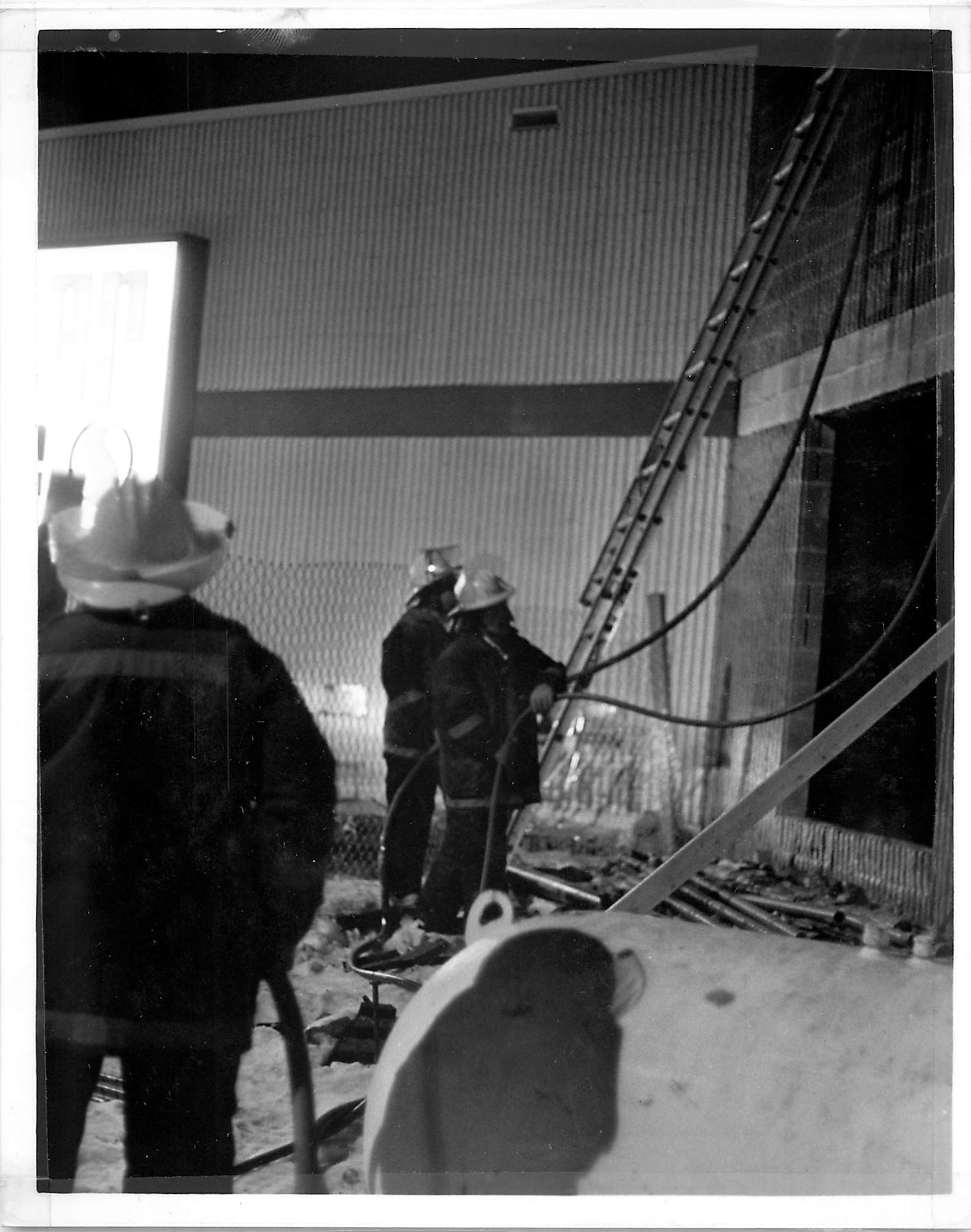 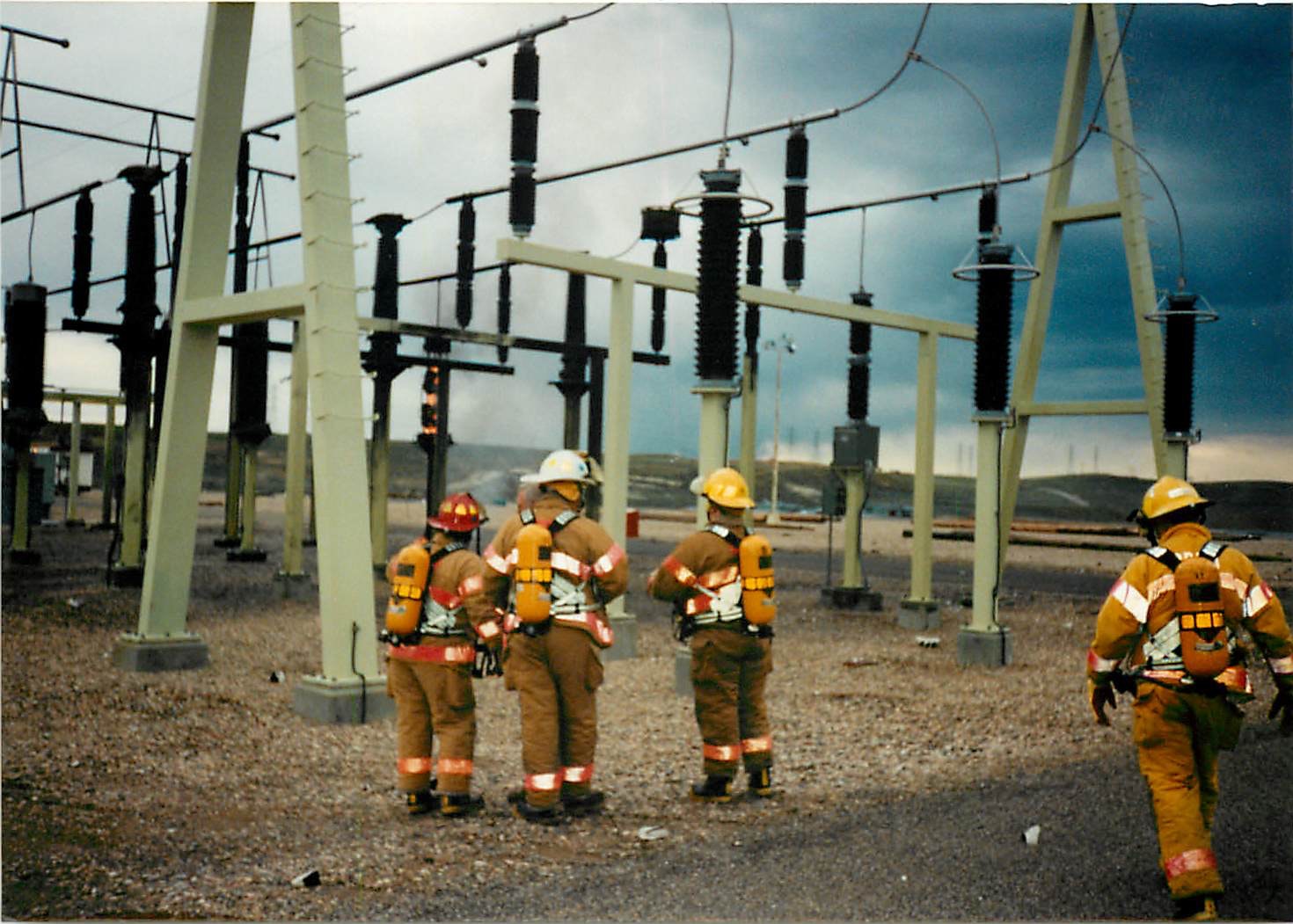 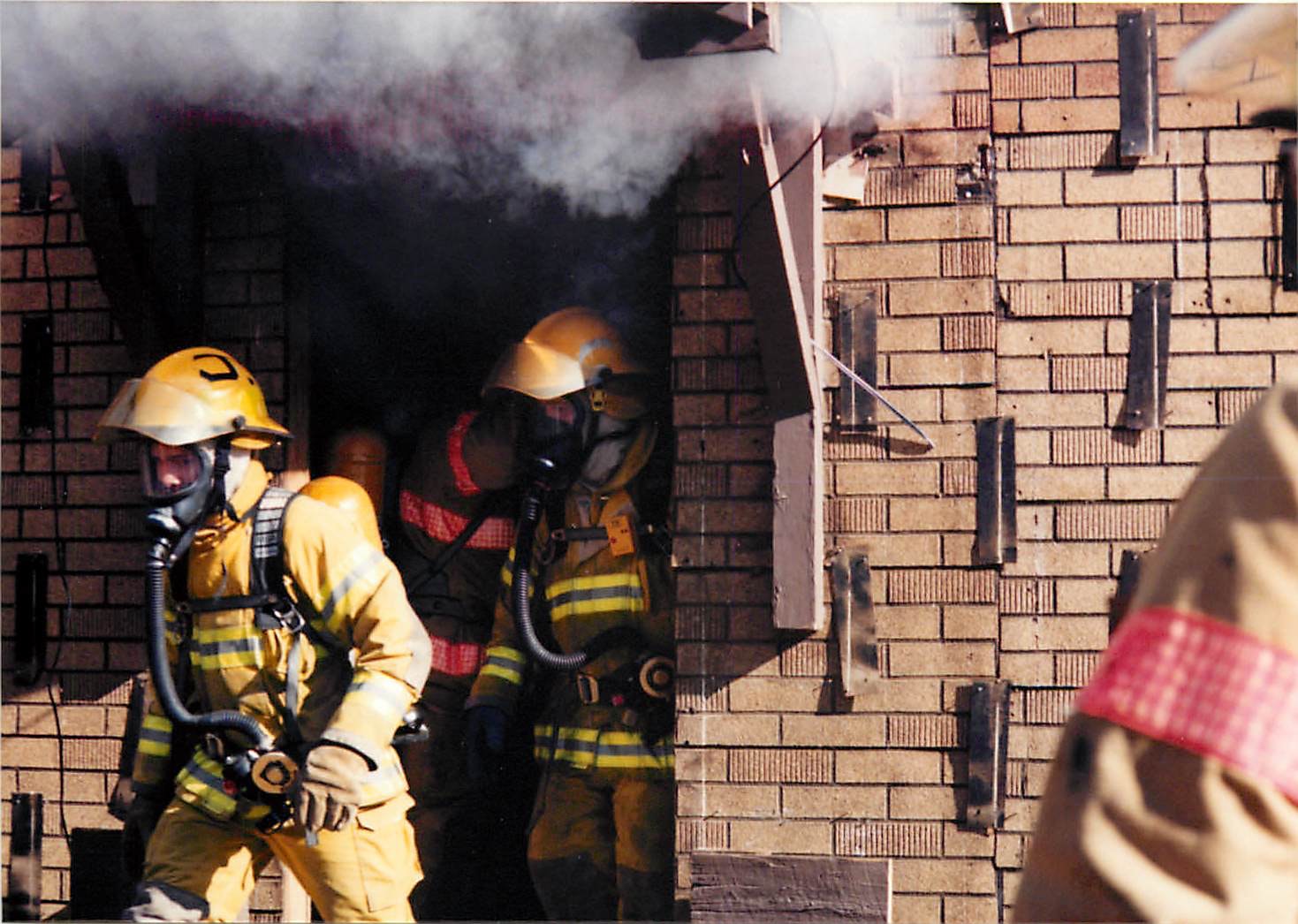